I purchased several heavy items (couch, love seat, dresser, etc) from someone who was downsizing and contacted Gardner based on a family member’s recommendation. They were the most reasonably priced from the three estimates I received and were efficient and professional. They came ready to work and didn’t stop until the move was complete. I highly recommend this company!!

I moved last year and used Gardner Moving to empty out a storage unit, move everything into the house, and also empty a POD. When I requested a quote through them, they did that over the phone, but let me know that it will vary based on the amount of time it took. They said that it was most likely on the high end, but I felt they provided an honest quote based on the info i gave them.

The price turned out to be about half of what they said. The movers were very professional and handled everything with care. I was extremely impressed with how fast they worked & was extremely happy with the service.

Gardner moving moved us today from a house to an apartment. They were excellent! The three man crew showed up right on time, were friendly and efficient. Nothing was broken or damaged and the price was below the estimate! We highly recommend them.
Zach and the moving crew moved us on 11/21/18. They were very professional and worked extremely hard to ensure our move went quickly and smoothly. The price was very reasonable and came in under the estimate. The guys took great care of our possessions. I would highly recommend Gardner Moving!!

I was struggling moving a piece of furniture to my apartment, and luckily a powerful gentleman in a Gardner Moving tshirt that was driving by pulled over and offered to help out of the kindness of his heart. Thank You! When I need a moving service I will remember to rely on Gardner.

They moved me for my 6th professional move. These guys were by far the best moving company I’ve ever used. They packed everything properly and took care with both my possessions and home. It was pouring rain on my move day and we didn’t have grass at our new home yet. I thought for sure I’d be cleaning up mid for weeks. Instead, they called extra workers, half stayed inside and half outside. The outside movers took the items from the truck and handed them over to the inside movers. This way none of the mud came into my home. I was shocked at how thoughtful they were and how well it went. Thank you!

UNREAL! Finally, a company that not only does what they say they’re going to do, they go above and beyond! We have moved several times from as far as Texas to Detroit to Pittsburgh. Out of all of the moving companies I have dealt with, Gardner was by far the very best. Their workers are friendly and professional. We moved from Mt. Lebanon to Eighty-Four and these guys finished about 2.5 hours early. ALSO, THE FINAL PRICE WAS ROUGHLY $350 LESS THAN WHAT THEY QUOTED!!! No items were damaged and they treated everything with care. In my past
moves, other companies always sent 2-guys, Gardner sent 4 of them and they all worked really hard. I will highly recommend this moving company to anyone that ever asks. Take it from someone that has used 7 different moving companies, they are the best!

“We previously moved with a different company and were very wary of movers as a result. Our concerns could not have been more appeased by Gardner moving. Joe, who did our appraisal, was extremely friendly and courteous. The estimate he provided was very fair. Our movers arrived promptly at 8:30am and had practically emptied our entire 3 story town home by 9:30am. They were completely done by 12:30 that day, 3 hours under our estimated time. Our furniture and belongings were treated with the utmost respect. Nothing was even remotely damaged, the walls were not dinged in even one spot, and they movers themselves was SO friendly and SO extremely quick. These guys were some of the nicest people I think I’ve ever met, and their help allowed our family to get moved into our new home with plenty of time to unpack and get ready for Christmas. I can’t say enough good things about this moving company. They were superb!”

“I’ve moved 7 times in the last 14 years (mostly houses, not apartments), so have had a pretty decent cross-section sample of movers. Gardner, by far, has been the best of all. Courteous, professional, great prices and stand behind their work. I opted for a $500 deductible insurance coverage and had one issue with an item whose repair/replacement was well under that figure. Joe Gardner, without my asking, volunteered to cover it on the spot. I can’t say enough about this company! They are the best!”

Had a great experience with this company. The movers were polite, prompt and very professional. Their rates were also inexpensive compared with other movers in the area. I will certainly use them again. 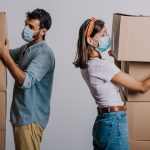 Moving During the Pandemic 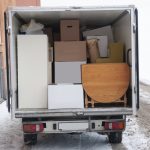 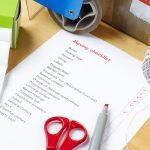 Ultimate Guide to Packing for Your Move 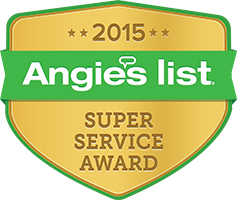 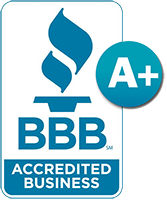